I can still remember the phone call from my best friend’s husband on that February evening in 2014. “She killed herself,” he said.  I laughed out of disbelief thinking it was a sick joke she was playing. After all, that was like her and she had been knee-deep in drug addiction for the last year.

I was at work and the only thing I remember is looking at my coworker and saying “my best friend is dead”.  After gathering myself enough, I got in my car and called my mom as I was driving on the freeway home.

“She’s dead mom, she killed herself.” I sobbed.

My mom had to tell me to pull over on the freeway because I was so distraught.  I finally made it home and the only thing I can remember is screaming her name as I fell to the floor, my roommates desperately trying to console me.

This wasn’t my first experience with death and it certainly wasn’t the worst loss I had experienced in my 26 years at the time, but it felt different.
The grief that came along with the death of my best friend from suicide was confusing, guilt-stricken, and anger-inducing.

Even after 8 years I still find myself struggling with the “what ifs”.

It was hard not to blame myself and question what I could have done to prevent her from taking her own life.  It was sudden and unexpected to everyone in her life because no one knew the struggles she was facing.
Along with the confusion of the grief I was experiencing, it was hard to talk about her with family and friends because of the stigma around not only the way that she had died but because of the addiction she was struggling with prior to her death.

I felt isolated at times so I would write letters to her and often did things we used to do together like going to a certain restaurant.

Because of her, I became a mental health therapist who works with suicidal individuals and individuals who have lost someone to suicide.  I help walk these individuals through the darkness that is grief after suicide.

I help them understand that they can rewrite their grief narratives while learning how to befriend the complex experience that grief is. The goal is to eliminate the stigma around grief and suicide while honoring the ones that we have lost.

Join the 'Free to Grieve' Movement

Stay up to date on our latest resources, workshops, and initiatives to help those experiencing traumatic and profound grief. 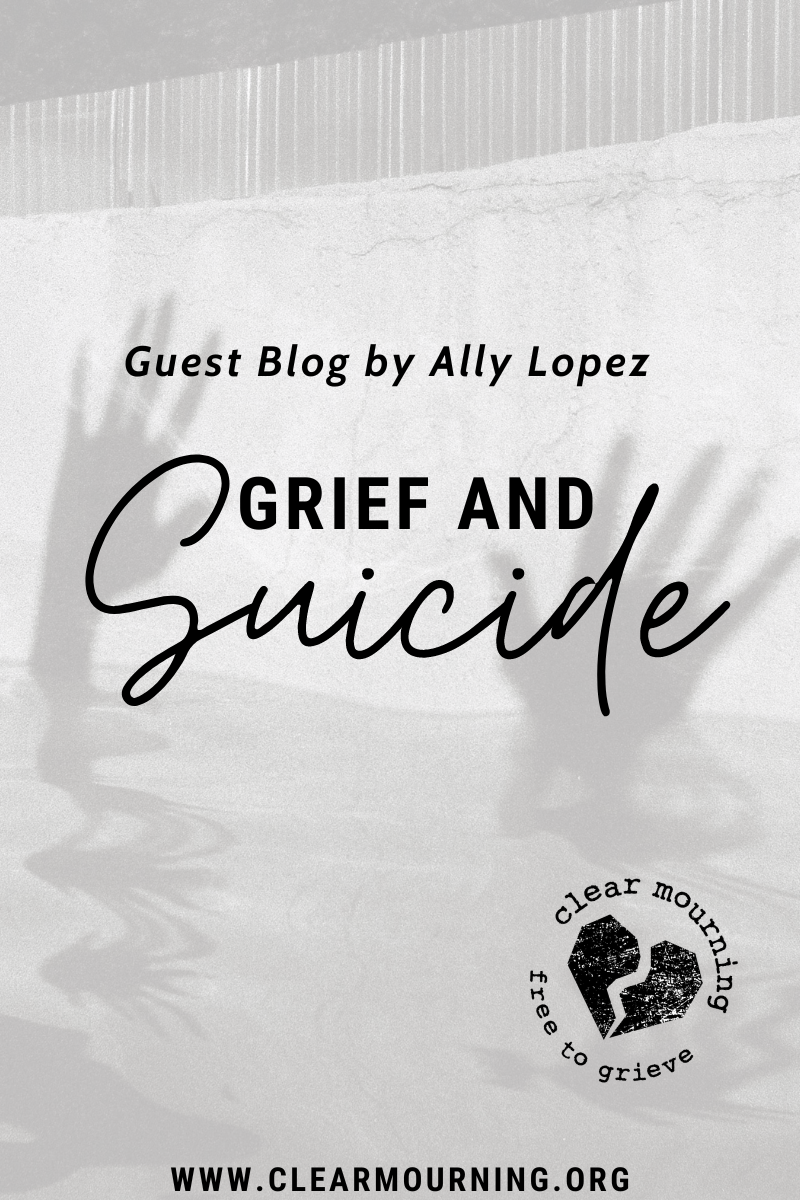 ← Victim Impact Statement
Manage Cookie Consent
To provide the best experiences, we use technologies like cookies to store and/or access device information. Consenting to these technologies will allow us to process data such as browsing behavior or unique IDs on this site. Not consenting or withdrawing consent, may adversely affect certain features and functions.
Manage options Manage services Manage vendors Read more about these purposes
View preferences
{title} {title} {title}

Join the Free to Grieve Movement

Help us shift the culture of grief by signing up to hear about the latest news, resources, workshops, and initiatives from Clear Mourning. With your help, we can make a more compassionate and understanding world.