August 29, 2019. My oldest son had been away at college for his freshman year just a few days. I was still anxious with worries about him making friends, finding food that he would like, and learning how to use the laundry rooms. He was making efforts- going to the gym and meeting other boys in the dorm. He never had any trouble making friends and I was reminding myself that he would be fine.

The phone rang in the middle of the afternoon. It was my sister. Panicking, she told me that a mutual friend of our sons had attempted to take his life. Also a freshman in college, away from home and likely with little supports around him. A young man who I cherished dearly and seemed so full of life and possibility.

The internet is the fastest way to communicate, and my first thought was that I don’t want my son to find out on Instagram. So I called him. He was playing basketball with a group of kids. “I don’t know their names but they’re cool.” I told him I had to tell him something. I guess he left the gym because it got very quiet on the other end of the phone. “I am so sad to tell you this but Sam tried to take his own life. I don’t know if he is alive or not, but I didn’t want you to hear it from anyone else.”

I can only imagine what it was like for my son to hear this news, sweating in the middle of an unfamiliar athletic building, surrounded by strangers. It was awful for me to tell him, knowing that was his reality. And shortly after that, informing him of the worst news- his friend had died.

My son is resilient though. He knew about tools to use, and he did. He reached out to his friends around the country that were also grieving. He scheduled dinner with a mutual friend at a nearby campus so he can be with someone he trusted. He played sports. He bought his first journal. But he didn’t tell anyone at school. It felt awkward to be introducing himself to new people and sharing this terrible news at the same time. So he kept it in.

I suggested he call the counseling center and make an appointment. He tried but there was a three-week waiting list. Three weeks – on day 4 of college! That blew my mind. I encouraged him to tell his RA, who also suggested the counseling center. He tried making an appointment with a private therapist, but he didn’t have a car and regular Uber rides 20 minutes each way felt cost and time prohibitive. There were no grief support groups on campus either.

I was already an established professional in the field of grief. I was working at a nonprofit grief support center and had over 20 years of experience in hospitals, schools, and nonprofits supporting the bereaved. But I was shocked to learn how little support there is for college students. It made me think that perhaps Sam’s death could have been avoided if he reached out, and was able to access support, in the early days of his college transition.

So I decided I would make that happen. Inner harbor was born that day in honor of my son’s friend. It took a year, but I opened on the one-year anniversary of his death with the purpose of making sure college students are able to access grief support from the moment they walk on to campus.

Sam’s memory lives on every day in the work I do to try to ensure that no student on a college campus grieves alone.

Join the 'Free to Grieve' Movement

Stay up to date on our latest resources, workshops, and initiatives to help those experiencing traumatic and profound grief. 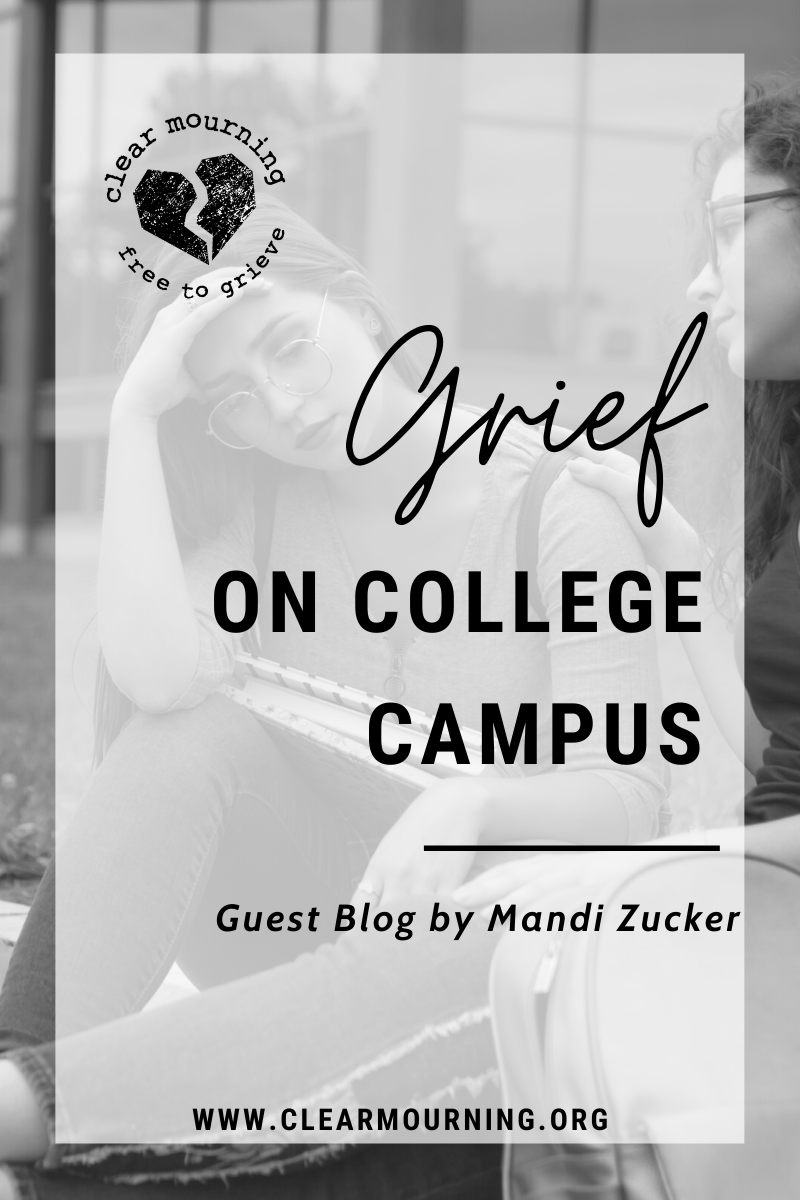 ← After Child Loss, How Many Kids Do You Have? Grief: This too shall change →

Manage Cookie Consent
To provide the best experiences, we use technologies like cookies to store and/or access device information. Consenting to these technologies will allow us to process data such as browsing behavior or unique IDs on this site. Not consenting or withdrawing consent, may adversely affect certain features and functions.
Manage options Manage services Manage vendors Read more about these purposes
View preferences
{title} {title} {title}

Join the Free to Grieve Movement

Help us shift the culture of grief by signing up to hear about the latest news, resources, workshops, and initiatives from Clear Mourning. With your help, we can make a more compassionate and understanding world.